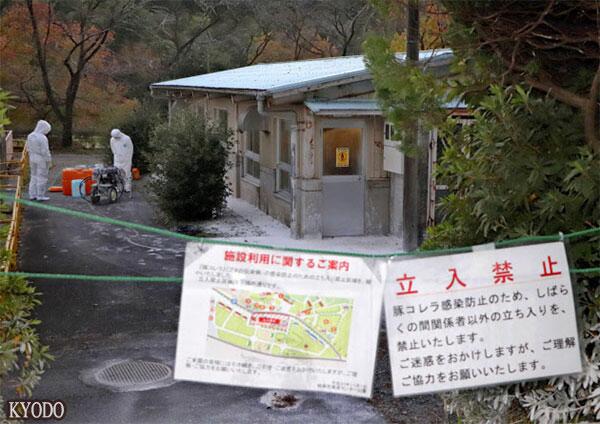 [Global Network Reporter Wang Huan] Japan’s Gifu Prefecture announced on November 16th that the city’s 椿市椿洞’s “岐阜市市畜产中心公园” A pig was genetically tested and the piglet was positive. According to “Nikkei Business News” reported on November 16, the city’s pig farm in September found the first case of swine fever in Japan since 1992, this is the second case. A total of 21 pigs raised in the park were culled.

A park-centered radius of 3-10 km was set as a restricted transport area, and 8 pig farms in the county were prohibited from transporting pigs and pork out of the area.

The Ministry of Agriculture, Forestry and Fisheries stopped exporting pork and pigskins in the first case of swine fever. After that, Japan plans to stop taking measures in principle for countries that have restarted their exports through individual negotiations.